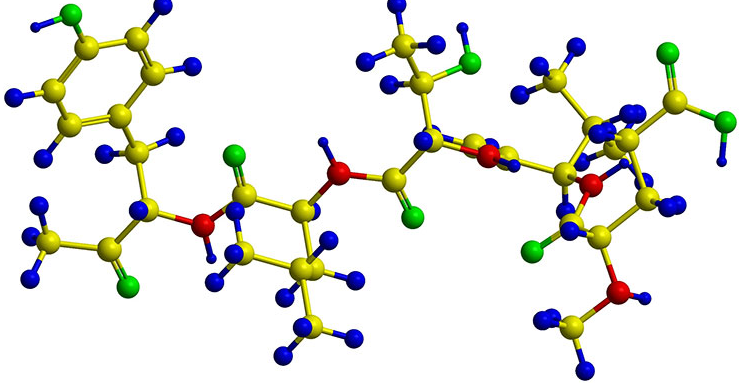 Peptide synthesis has become a fundamental procedure in the development of many research projects, allowing the study of protein structures, the definition of molecular mechanisms, and the generation of antigens to obtain specific antibodies, among others.

In this post we summarize some keys to the peptide synthesis process.

Peptide synthesis can be used for applications as diverse as:

How Is Peptide Synthesis Performed?

Solution synthesis is the classic method for peptide synthesis. After each of the steps in the synthesis process, it is necessary to isolate and purify the peptide, resulting in an increase in production time and a reduction in final yield. For these reasons, in practically all laboratories, this method has been replaced by solid phase synthesis, although it continues to be useful in industrial scaling processes.

The synthesis strategies that can be used are:

In this case, although the reaction is also carried out in organic solvents, the peptide is synthesized anchored on a resin support. This anchorage allows, on the one hand, to block the C-terminal end of the first amino acid, and on the other, it is a quick method that allows the resulting peptide to be separated after each reaction during the synthesis process.

The two most common methods in solid phase peptide synthesis are:

Generally, peptide purification usually consists of a combination of physicochemical separation methods, based on criteria of size, load and hydrophobicity. These purification techniques include:

The most widely used method for peptide purification is reverse phase chromatography. This technique allows the target peptides to be separated from various impurities such as isomers, suppressor sequences, peptide products resulting from side reactions, etc.

Purity after synthesis of peptides is measured as the percentage of target peptide with respect to impurities absorbed at the same wavelength.

How Should Synthetic Peptides Be Stored?

For long-term storage, lyophilization of the peptides is most recommended. Lyophilized peptides can be frozen and stored for years with little or no degradation.

Solution peptides are much less stable since they are susceptible to bacterial degradation.

Peptides that contain methionine, cysteine ​​and / or tryptophan residues can be oxidized in solution, so the time they can be stored under these conditions is very limited. In these cases it is important to use oxygen-free solvents.